Introduction:The lack of micronutrients through a decrease in plant growth, which is related to human health, can be a global problem. Micronutrient deficiency reduces the immunological capacity of plant and animals by which they resist against several chronic diseases. This fact has been brought into sharp focus in the last decade because of a large proportion of people being deficient in micronutrients. The micronutrients such as zinc (Zn), iron (Fe), copper (Cu), and manganese (Mn) are more important than the others and therefore, they are essential to all living creatures. Zn deficiency is the most noticeable one since it has an influential effect on the production of agricultural products, and consequently, quality of people's life and health. One of the common methods to reduce the shortage of Zn is using Zn-efficient cultivars. These cultivars have more biomass than Zn-inefficient cultivars. However, some micronutrient supply strategies used by these cultivars could have a negative effect on the absorption process of the other micronutrients. Therefore, in the current study, an experimental approach was proposed to evaluate the effect of Zn deficiency on the concentrations of Zn, Cu, Fe, and Mn in the root, shoot, and grain of bread wheat cultivars with differential Zn efficiency. In addition, the capability of transferring the micronutrients from the root system to the shoot system was analyzed.
Materials and Methods: A greenhouse study was conducted using a factorial experiment based on completely randomized design (CRD) with three replications. The first factor was two levels of Zn-efficient (data represent the average for Bayat and Niknejhad) and Zn-inefficient (data represent the average for Hirmand and Karaj1) cultivars, and the second factor was two levels of Zn, including Zn deficiency (no application of Zn) and Zn sufficient (application of 5 mg Zn per kg soil). Soil samples passed through a 2 mm sieve and washed five times with double-distilled deionized water to remove soluble salt and organic matter. Soil samples were dried at room temperature (20-25 oC), and the necessary nutrients were added. Seeds were sown in polyethylene pots containing 4.5 kg of prepared soil after disinfection. To prevent nitrogen (N) deficiency, ammonium nitrate (NH4NO3) was applied to the treatments every 14 days. Daily irrigation was carried out using double-distilled deionized water to maintain field capacity. Sampling of root and shoot was performed at 30% of the heading stage and from the seeds after complete ripening. Finally, the concentration of Zn, Fe, Cu and Mn was measured in root, shoot and grain. The relative ability of Zn, Fe, Cu and Mn translocation from root to the shoot was calculated in the studied cultivars. Analysis of variance was performed using SAS software and comparison of means was done at 1% Duncan’s multiple range test (DMRT).
Results and discussion:The results revealed that the concentrations of root Fe and Cu increased by 37.97% and 7.9%, respectively, under soil Zn deficiency. There was also an increase in Fe and Mn concentrations of the grain by 24.58% and 6.33%, respectively.  Furthermore, the decrease of Zn in soil resulted in a reduction of Mn concentration in the root by 15%, Fe, Cu, and Mn concentrations in the shoot by 39.44, 28.5, and 16.19%, respectively. Under Zn deficiency condition, Cu concentration in grain (24.51%) decreased. Zn, Cu and Mn concentrations of roots (13.4, 44.88 and 10.32%, respectively) and Fe concentration of grain (6.42%) in Zn-efficient cultivars were higher compared to Zn-inefficient cultivars. In the case of Zn deficiency, Zn-efficient cultivars had a higher concentration of root Fe (18.55%) and grain Zn (11%) than those of the Zn-inefficient cultivars. Comparison of the relative translocation ability of micronutrients from root to shoot in the studied bread wheat cultivars showed that Zn-efficient cultivars had less ability to transfer Zn (53.85%), Fe (29.69%), Cu (21.69%) and Mn (50.17%) compared to Zn-inefficient cultivars (79.77%, 37.68%, 27.65% and 70.91% respectively) under soil Zn deficiency.
Conclusions: On average, the Zn-efficient cultivars of bread wheat contained higher concentrations of Zn, Fe, and Mn in root and grain. Moreover, the possibility of using micronutrients in their organs was higher compared to the Zn-inefficient cultivars. Zn-efficient cultivars also had less ability to transfer Zn, Fe, Cu and Mn from root to the shoot. The obtained results can be used for micronutrient biofortification and significant improvements of Zn content in wheat grain and to bring the improved varieties to the field. 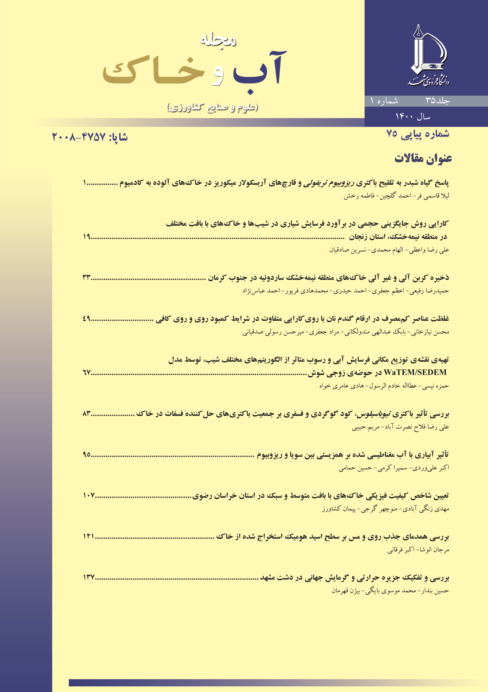